I made two trips in May of 2014 to collect my three trail cameras that have been out since last year. My first trip was to a location that is just above 7000 feet on a bench that Elk like to hang out on. The snow was still deep, but firm enough to stay afloat in the morning. 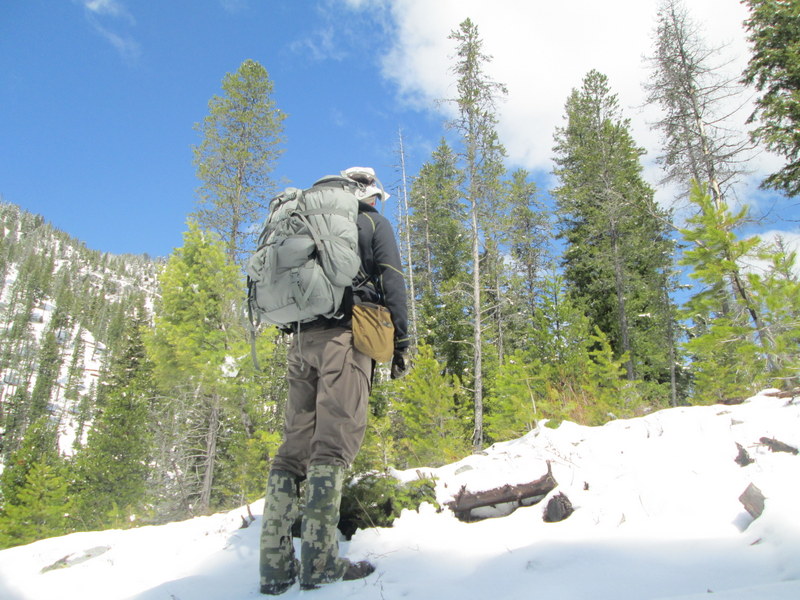 I finally made it to the trailcam, if I had decided to try this a week earlier I probably wouldn’t have found it. 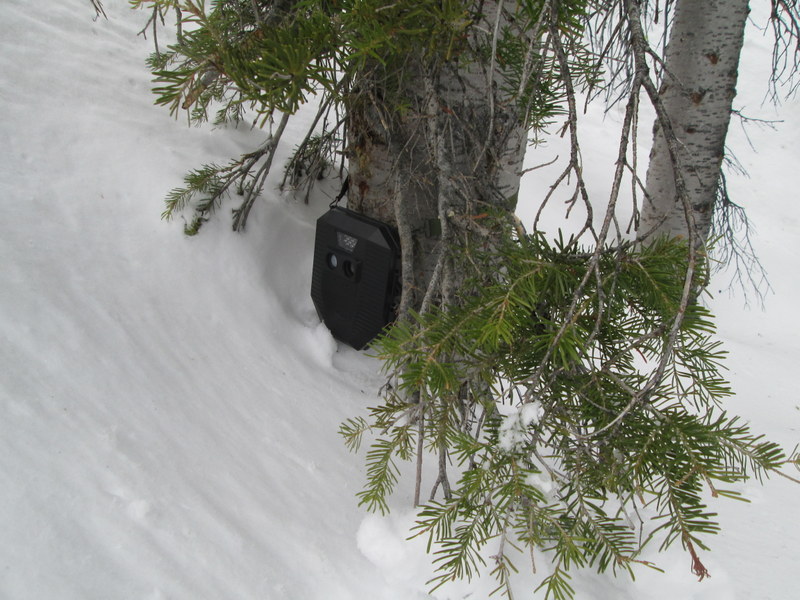 The second trailcam in this area was down closer to the road on what I suspected to be a minor migration trail. I was hoping to get some pics of the Rolling Stone Buck and whatever herd Bulls were in the area as they headed for the wintering ground. I did get some Elk migration action, but no Bucks.

I made the second trip in late May to the hell hole where I harvested my 2013 Bull. This camera was about 7 miles in so I picked up a Bear tag and stretched the trip out into 2 days. Maybe the Bear I saw last season would be there again. It was a hot hike with a lot of Ticks again, but seemed easier this season. On the way in along a narrow rocky section of the trail was evidence of a recent Mountain Lion kill. Mountain Lions pluck the fur off the deer they kill and it leaves a big pile of fur. I could even make out remnants of fur from the carcass being drug up the mountain. I wanted to follow the trail and possibly see if the carcass was a buck or doe, but I just didn’t have the time to spend on it this trip. When I got into the hell hole I set up camp in the same spot as last year, this time using my 2 man enclosed bivy. Flat spots are hard to find in here and a hammock would work perfect for this type of trip. 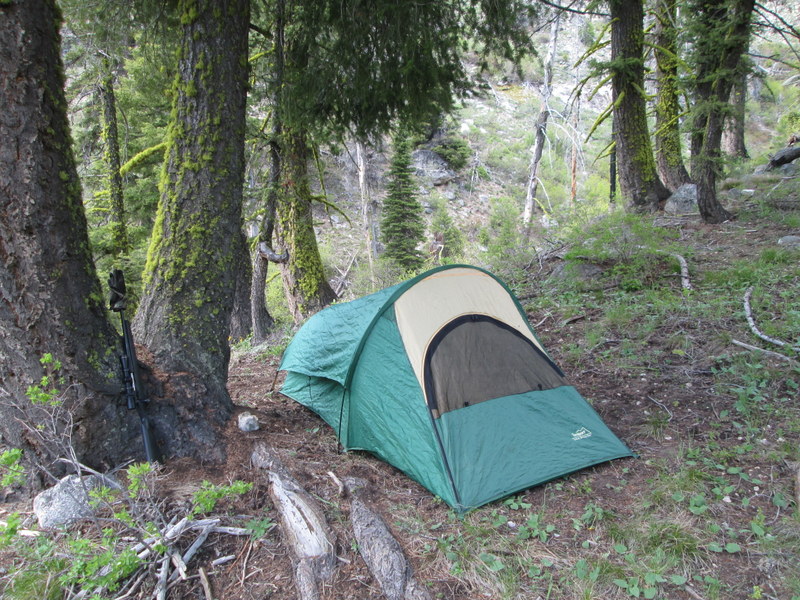 I wouldn’t trust this shelter in a heavy storm, but for summer scouting it’s just fine and has enough room. 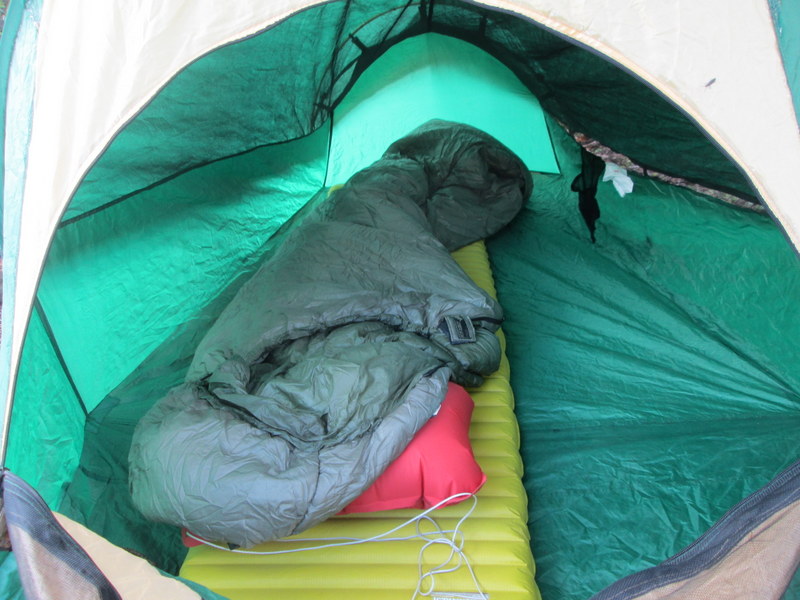 After getting my shelter setup and stocking up on water I decided to do some recon. I headed up the feeder creek that goes up the canyon I was in to look for Bear sign. 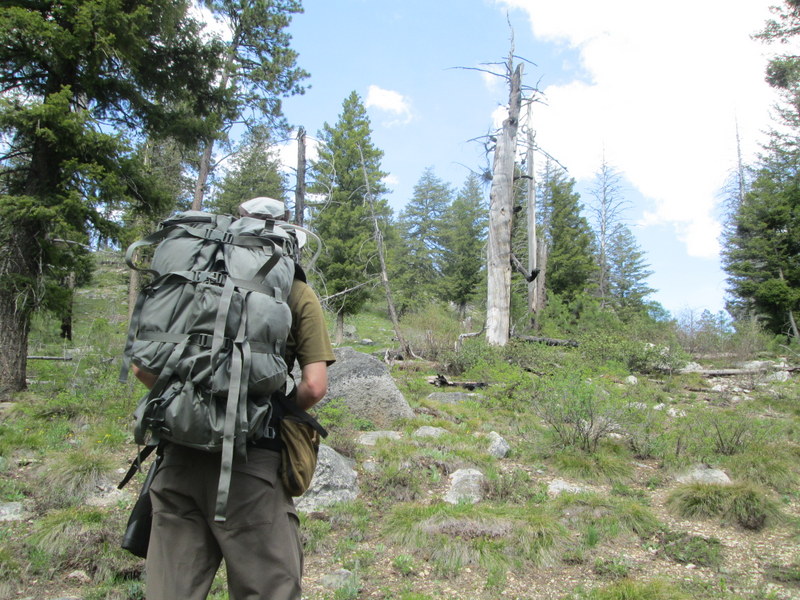 All I found was last years droppings, nothing fresh from this year, so I decided to go up the ridge to get the trailcam with the last few hours of light that was left. When I got up on the ridge I glassed back to the other side a little bit mainly just checking out the terrain. 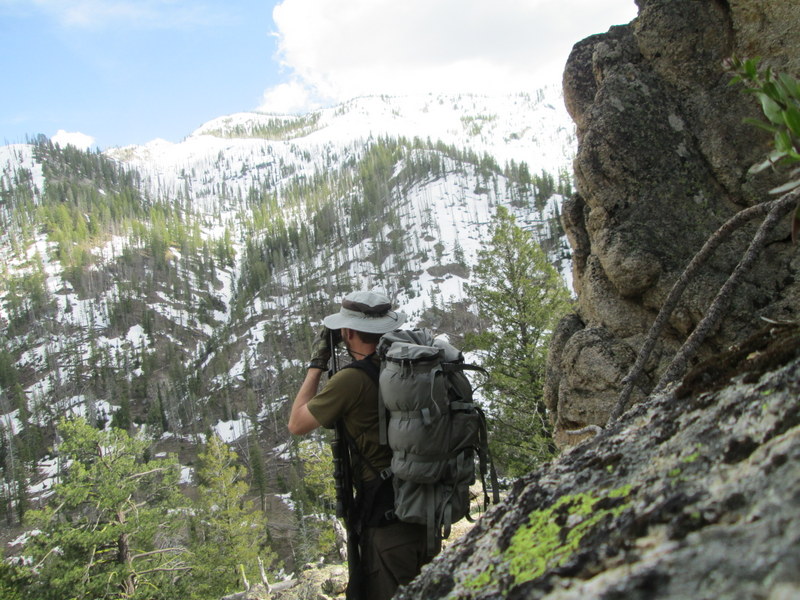 In the other direction, the Elk where in the same place on the slope as they had been the previous year and just below where I harvested my Bull in 2013. The recruitment was decent, but not as good as last year. I carefully continued climbing up the ridge so as to not spook the Elk. The camera had been knocked out of position and was facing directly across the trail and up in the air, but had a lot of video on it still. I later found out this had been done by a cow Elk about 20 days after I set it out. On the way back down the ridge I got busted by a Cow across the canyon and was serenaded with barks most of the way back. The next morning I crawled out of the shelter and saw a doe with 2 fawns on the hillside across the creek from my camp. 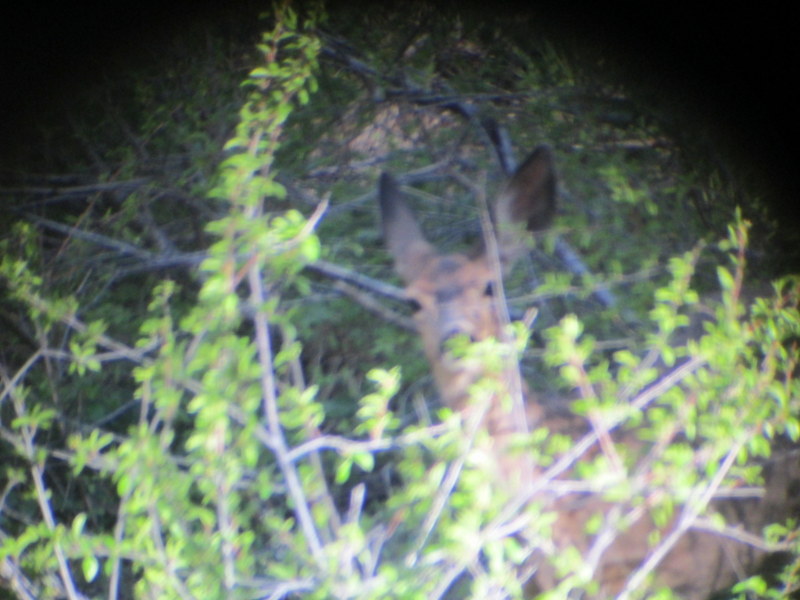 That morning I hiked up the canyon even farther doing some more recon. I don’t plan to hunt Elk in this location this season, but I would like to make a trip for Deer. I know there is some decent Bucks in there somewhere. The upper end of the canyon looked great for Deer, there was some open sage covered southerly slopes, quakies, timber pockets, water, and rocks. It looked so good I didn’t want to go any farther up and risk spooking a deer, so I crossed the creek to get out of the prime areas and set up on a snowbank to glass for a while. It was too late in the day to really see any Bucks, but I got familiar with the potential pockets and made a plan for next time. 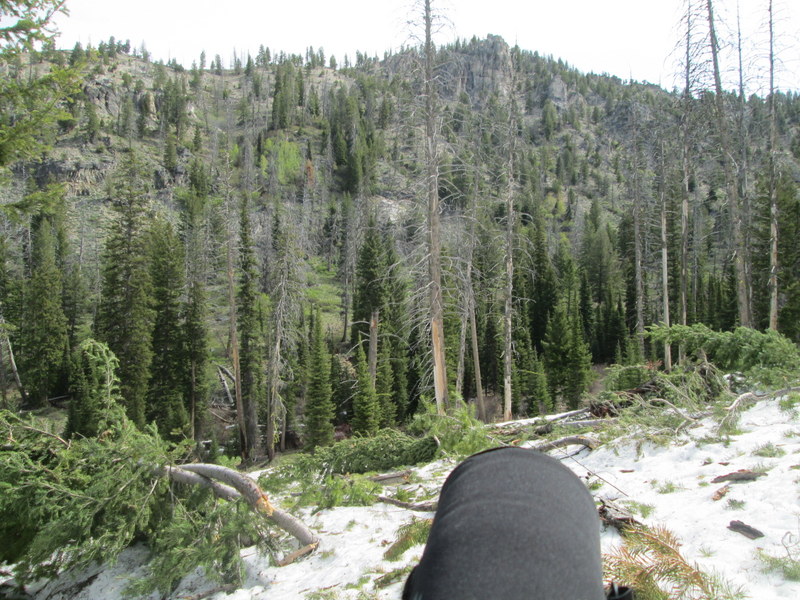 On the way back to camp I came across a nice blocky Deer track that was probably made by a decent 3 or 4 year old Buck. For reference my headlight is 2.25″ wide. This track is not wide or long enough to have come from a monster Buck, but he might be a shooter. 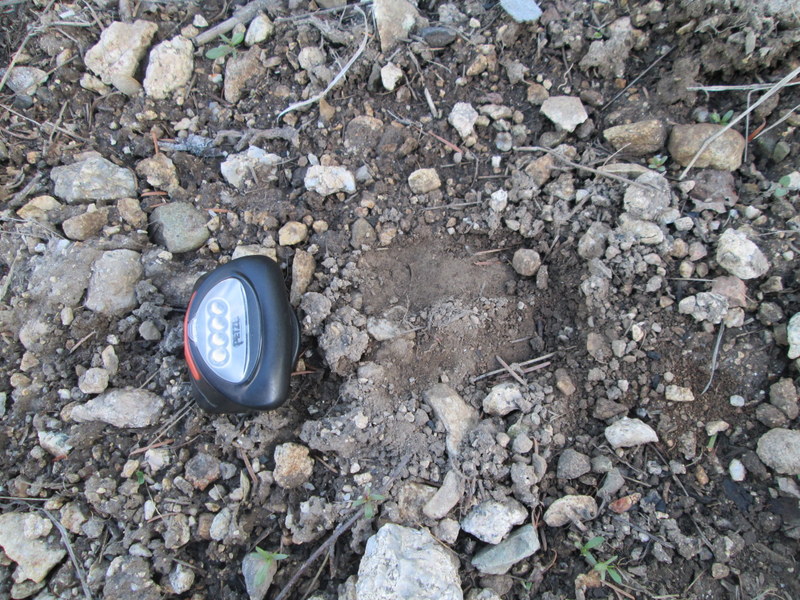 It was a hot hike out and so I strapped my gun to the back of my pack and took my time, enjoying every bit of it. 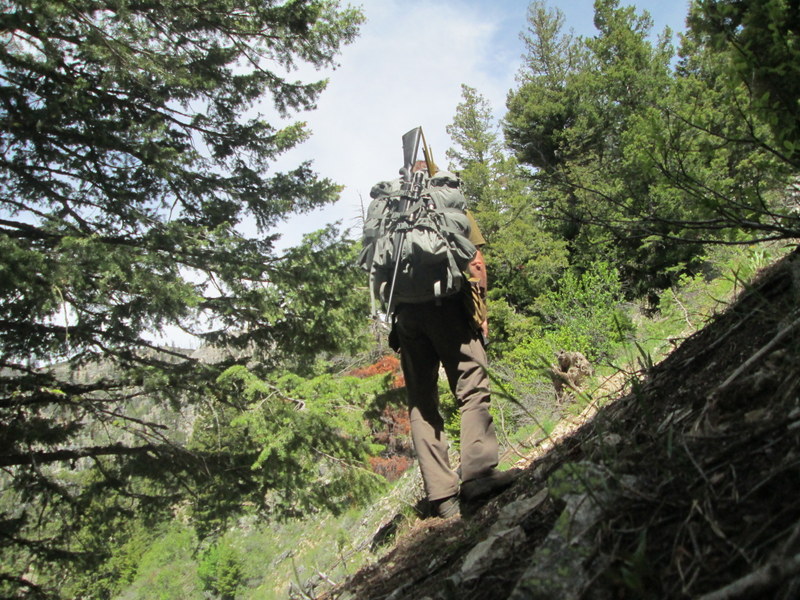 A couple days after returning from this trip, I found out that I drew the unit 39 Mountain Goat tag that was available for the 2014 season. This is a once in a lifetime tag here in the lower 48 and I will probably be dedicating most all of my scouting time to Goats this season, so stay tuned!